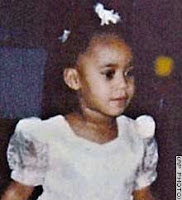 Some who have read Tethered comment that it's dark, it's subject matter "creepy." Others say they'll never read it because it involves the death of child. I understand, I do. I might not read such a story myself. It was years before I reached for The Lovely Bones and now it's one of my favorites. It took all the resolve I had to read through that first chapter when Suzy (last name Salmon, like the fish) was brutalized. But those of us who've read it were granted a reprieve, actually Suzy was, with the ending. And with the writing.

My novel, Tethered is dedicated to Erica Michelle Marie Green. I first heard about her on NPR while driving home. It stunned me. How could a child be discarded? How? I'd already written the first chapter of what I thought was a short story, but after listening to that NPR segment, I knew it had to be a novel that included Precious Doe and others like her. It's not an exact retelling of her story at all, but the way in which she was found is similar. When I started researching cases, I went to the National Center for Missing and Exploited Children. There I found page after page of children who had been discarded in similar fashion over the years. Far, far too many.

So for those of you who can't read Tethered, I understand, it's difficult to know about the lives of forgotten children. But you can't ignore them either by pretending they don't exist.

This gives me chills, Amy, and while I know your novel will be hard to read at times, I also trust you as a writer. Wherever you take me is somewhere I need to be.

Tethered starts with difficult subject matter, then goes far beyond that, taking the reader as well as the protagonist on an important journey. I have yet to reach for Lovely Bones, truth be told, but I will reread Tethered not because it is Amy's, but because, as you put it Judy, Amy is a writer to be trusted and does a beautiful job with the entire story.

Amy, I suspect that the death of a child in your book leads the reader to an understanding/truth that will enlighten. Might it in some way be a springboard to something greater?

The excerpt of TETHERED, told by a gentle voice, assured me that Amy's story wouldn't be horrifying. I admit to steering clear of this subject matter, yet knew I would read this novel for two reasons -- curiosity and Amy's writing/storytelling.

Being honored to receive an ARC, I read each page with an ever-growing lump in my throat...but not for the child. TETHERED is a brutally gorgeous novel that cuts deeply, while making you stronger for caring about unforgettable characters.

I have been anxious to read TETHERED for a long time. I don't think I ever shy away from most subject matter that draws from the truth. Some is harder to read than others and it's almost always all in the way it's told. I trust Amy.

It's the new cover that hooked me, Amy, so yes, I will read TETHERED, though Lisa can attest to the total wimp I am. :) I read with interest your note about John Walsh; you might be interested in the Safe Side organization he's also involved with. K.

Amy, Thank you for writing about something real and meaningful and important.

And P.S. Yes, Karen is a total wimp, but that's one of the reasons we love her :)