In the Company of Writers

I almost deleted his email, the subject line--French Publisher Wants Publicity Shots--looked suspicious. Surely this was another come on to entice an eager writer. But wait, I have a French publisher. So I opened the message to find that Belfond was sending famed photographer, Jerry Bauer to the United States to take two author photos. Mine was one of them.

We spoke first by phone. He was calling from Italy, where he lives most of the year. Charming yet directive, he suggested where we would meet--the Inn at Harvard on a Saturday in four weeks--and what I should wear. He said, "I will recognize you because I've been to your website and have seen your photo. Let me tell you how you will know me. On a good day, I am Elton John. On a bad day, I am Woody Allen."

Intrigued and excited, I prepped for the big day. New make-up. I got my hair trimmed. And thanks to my dear daughter, I found the perfect dress when we went shopping. She was on spring break and asked if she could join me. "Sure, he sounds like an interesting man. It will be fun," I said. He'd told me he'd photographed, Kiran Desai, Jhumpa Lahiri, Alice Sebold, Tom Perrotta, Gail Tsukiyama, Tim O'Brien, and the list goes on and on. I couldn't wait to hear more.

So we arrive on time and in he walks. More Woody than Elton, he came in holding only a well-worn bag. I must have looked puzzled. "Everything I need is in it," he said. With camera in hand, Jerry went looking for light. I followed.

Jerry Bauer is a light master. He would ask me to move and sit and stand, all while he looked for the right light. Each photo was painstakingly orchestrated, yet I felt relaxed, I posed effortlessly. While he worked, he talked, telling me about the thrill of photographing Simone de Beauvoir and Jack Kerouac. Dean Koontz likes to be photographed in his home, as does Gail Godwin. Luciano Pavarotti liked to share a meal before being photographed. And Elizabeth Taylor, well she didn't much care whether you took the photo or not. After all, she's Elizabeth Taylor.

In short order, he said we were done and that the tea would be out momentarily. It was as if he lived right there at the Inn. My daughter and I took our seats at the table covered in white linen, the tea and scones arrived, and Jerry told us all about being an on set movie photographer in the sixties and seventies. My daughter, a music major in college, swooned when she heard about all the opera singers Jerry has met and photographed.

At the end of our tea, I asked Jerry if I would be able to use one of the photos on my website. He said, "of course."

"I like the way you do business," I said.

And that sums it up. Jerry spends his life meeting people. His life is rich because he's doing what he loves. He's using his talent to capture each writer's personality and he enjoys every minute of it.

When I left the Inn, I didn't much think about whether the photos would be good enough to grace the cover of the French version of Life Without Summer. I had an experience of a lifetime. Photographed by Jerry Bauer, I was in the company of writers.

So here it is. 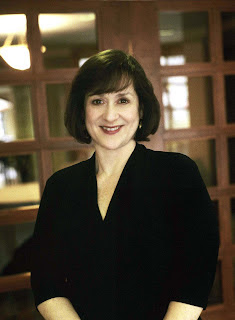 Posted by Lynne Griffin and Amy MacKinnon at 6:08 AM

Thesis Writing HelpGreat Concept, i like your way of thinking, approach

What a dreamy story. I can't hear it enough.

Oh, how cool! What a fabulous day that must have been. And, you've got the picture to prove it!

Thanks, Amy. I will never forget that day!

Yes, Judy, it was really cool. Not one to like getting my picture taken, Jerry made it fun.

How lucky that you all have each other... writing groups are worth 20 agents and editors. And therapists.

Thanks for linking to "Books for Breakfast," and feel free to contact me to review your books.

What an enriching experience, Lynne. And one of the captured moments is both warm and lovely.

You are so welcome. We agree on your take on writers' groups and we were more than pleased to link to you. Thanks for the invite to submit books to you. We sure will!

Larramie,
Thank you! That day will live in my memory forever and the photo will live on my French book jacket

Fun post and great photo. It captures a lot of personality.

Hank,
Your sense of humor comes shining through in seven little words. (or six small ones and one big one)

Shauna,
Thank you. I'm pleased with it. A good author photo should do just that, capture a touch of personality.

It won't work in reality, that's exactly what I consider.

I need to find out who represents Jerry Bauer, and when I google Jerry Bauer, Author Photographer, I get nothing useful. This is the most useful information on him that I can find on the internet! I know he is deceased, but there must be someone handling the use of his photos. I would be grateful for any clues!
Thank you!

Jerry's family manage his work. You can write to them: jerry.bauer.photos@gmail.com