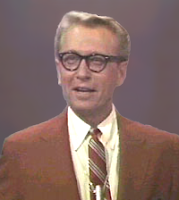 As a journalism student and reporter, as a corporate writer and editor, how many times have I seen and written w/c on copy? A word or phrase is too weak to give life to a particular stretch of text; we all know it when we see it, don't we?
To worry about word choice when you have eight inches of copy for a newspaper, or four pages for a brochure is one thing. To worry about 80,000 of the darn things when strung together into a cohesive whole is another. We have to get 80,000 of them right? Oh, my.
As writers we become human thesauruses. My children are frustrated by this, because homework would be so much simpler if they could yell out a word from one end of the house, and I would yell back its equivalent. This holds true especially for those games they play when learning vocabulary. The class is divided into two sides, every child having found two alternate words for every spelling word of the week. Anyone else remember Password? The old one with Allen Ludden, although I hear there's a new one. In either case, a celebrity and regular person are a team, and one has to make the other say a chosen word by using one-word clues. Same idea, but with screaming elementary school students all able to guess as they jump up and down behind half-sized desks.
In September, ten to fifteen words a week come down the hall at 1000 decibels. Mean mom makes them pick up a thesaurus and look them up. By October we're down to two or three.
"What does in-deck-iss-iv mean?"
"How do you spell that?"
"I-n-d-e-c-i-s-i-v-e."
"Indecisive." I'm feeling generous. "I'll give you one. Confused."
Heavy sigh. "Confused is my word. I looked in the thesaurus. What's another one?"
Heavy sigh from me. Mixed-up, unsure... I try to find sentences to lead the way to another choice. Truth be told, I like this game, especially when I have my WIP up on the screen. The game reminds me to think about every word, every phrase of the 80,000.
For example, I wrote a scene the other day where a woman is with her ex-husband in a bar. The new wife knows and is not the least bit jealous. How dismissive is the new wife about a possible rekindling of the old flame? My character could "trade her club soda for three shots of tequila, challenge him to a contest and sit on his lap while they tossed them down and (new wife) wouldn't have minded a bit." Even better, I thought: straddle. She wouldn't sit on his lap, she would straddle it, and still the new wife would shrug, smile. Not a single worry. Silly as it sounds, one word switch made me happy all day, and I don't mind telling you because you know what I mean.
This all led to a subversive thought. What better than to play Password with friends and family, in the car, in the dentist's office, when conversation ebbs at a dinner party? Carry around three phrases or words you know could be better in what you wrote, and toss them out at others. Turn the tables; turn them into human thesauruses. It's only fair.

Posted by Lynne Griffin and Amy MacKinnon at 7:47 AM

I smiled when I read your word change to straddle, becuase it paints a better picture, and yes, I know what you mean :)
Love that feeling when it happens to me too!

Love the "innuendo" in changing one word. (Try that with Password!) *G*