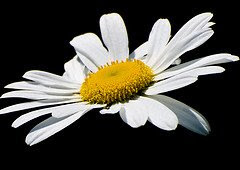 Some have said my novel Tethered is too dark. The truth is a hell of a lot harder. Precious Doe's killer was found guilty last week.

If the spirit moves you, perhaps make a donation to the National Center for Missing and Exploited Children in her name, her real name: Erica Michelle Marie Green.

Funny thing is I deluded myself into believing I could rewrite her ending. Delusions of grandeur, I guess.

Posted by Lynne Griffin and Amy MacKinnon at 6:46 AM

I thought of you when I read about this in our local paper (St. Louis). And, no, you couldn't rewrite her ending, but you surely helped other folks' awareness of such things . . . and possibly helped some other precious child avoid such an end.

Your words have more power than you can possibly imagine.

Also one of my friends read the novel last week and asked: "Is this really her first novel?" I said, "Yes," and the response was a sigh, shake of the head, and: "It's so beautifully written."

Judy, I doubt it saved anyone's life, but maybe Precious Doe's life and death will give another pause.

Larramie, thanks for that.

Hi Amy,
Just wanted to say I was on a "Tethered" hunt as my family and I drove across the US from Penticton, BC to Whitby, Ontario. I was given a few strange looks from gas bar attendants and servers in diners. A bookstore? Near here? No. So...I finally gave up and bought the latest Oprah pick at a Walmart in Michigan. Anyway, I got my copy of Tethered in my new (old) hometown a few days ago at "Chapters" and am now on Chapter 4! So far it has been worth the wait. Boxes remain unpacked because of you! I hope all is going well with the Writer's Group. I've missed all of your posts and will enjoy reading backwards through them.

As a former foster parent, I've given up thinking I could save a child. And so many need saving--not just the Precious Does, Dontel Jeffers, and Haleigh Poutres of the world. Anything that sheds light on the lives of children in need of that light is a blessing. That's Tethered.

The truth is indeed much darker.

Tara, that is so kind of you. Thanks for that.

Kira, first my deepest thanks to you for being a foster parent. There really should be a medal. But I have to believe that children can sometimes be saved and given a chance at a better life, certainly not always, but sometimes.

Friends of mine adopted four siblings seen on Wednesday's Child. They are a true success story. There are thousands, I'm sure.

I didn't mean to imply there aren't success stories, I just meant that there is so much wrong with the system and we only hear about the true horrors. Foster parents are either saints or sinners. So people think they either can't do it or shouldn't.

Fictionally, I'm writing about a young woman who survived the the worst the system could throw at her and manages to be a complete, if complicated, human being.

As usual, I end up furious w/the mother who stood by the man who murdered her child.

Kira, I want to read that book.

Carleen, I couldn't speak about the woman -- can we even call her a mother? -- who did nothing. She is more to blame than anyone else for the murder of Erica.

Larramie,
That's what I keep asking myself. Is this really her debut novel? How can that be?

And I read the article and am glad there is some justice for precious doe.

Tina, that's an awfully nice thing to say. Thank you.